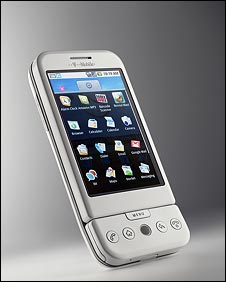 It might not look as cool as the iPhone but from a application standpoint it’s a whole different story.

Android market being an open market place for Android Apps will anyone to publish their apps and users will be able to choose what apps they want to install and run.