Reports are coming in that Twitter was hacked ealier today by an Iraninan organization known as the “Iranian Cyber Army”.

Negative publicity like this is never good for giants like Twitter. Hopefully they will have better mechanisms in place to deter this from happening again in the future.

Twitter has yet to release an update on what happen or how much data was compromised. I will try to keep you up2date. 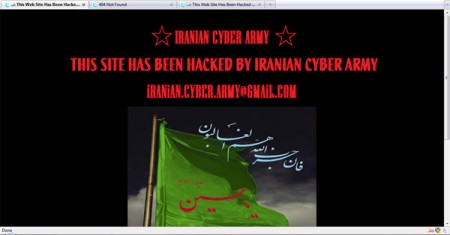 Update: Dynect was not compromised, someone logged in using a Twitter staff id and changed the DNS entries.